Now open all year round, and offering weekly, midweek and weekend breaks, subject to season. So, why not take a ‘Traincation’ and come and experience the one of a kind charm and quirkiness of Brunel Carriages.

Get on track for your next holiday experience.

This iconic landmark site was set up by the Great Western Railway in 1935, initially for the private holiday use of railway staff and their families. After being enjoyed by thousands of visitors, it was closed in September 2016, due to the neglected, unusable state of the carriages. A local family were aghast at this, and decided to save this historic gem. The new owners were advised to scrap the carriages, as the conditions were so bad, they were deemed beyond repair. Many hurdles were put in there way but, after a two year major rebuild and massive investment, Brunel Holiday Park is now a unique, luxury holiday destination.

Pictures tell our story better than we ever could, and hopefully give you an idea of where the time and money was spent.

We are proud to have saved this wonderful place for future generations to carry in making happy memories. 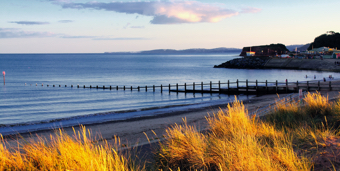 Because of our close proximity to the train station and bus stop, we have great public transport links, making Brunel Carriages the perfect place from which to explore all that Devon, and beyond, has to offer.

“ Just perfect. The carriage was so romantic and the south devon scenery just blew us away. We’ve booked for next year already. ”

“ Just perfect. The carriage was so romantic and the south devon scenery just blew us away. We’ve booked for next year already. ”